Skip to content /*line below Header */
We look forward welcoming you to our Mac Threat Center or the latest on mac security. Get all you need on fortifying your Mac experience today!

Get a FREE scan to check for problems

Some infections like this virus can regenerate themselves. There is no better way to detect, remediate and prevent malware infection, than to use a professional anti-malware software like SpyHunter. One Application that is capable of solving all MAC problems.

It is not new for Microsoft and Apple to snip at each other in their ads, particularly the iconic Mac vs. PC. But Microsoft’s latest campaign is on another level.

They’ve managed to find a person with the actual name Mackenzie (Mac) Book for their newest advert. The guy called Mac Book explains why the Surface Laptop 2 is a better choice than a MacBook.

The entire ad idea is hilarious, and we can’t imagine what lengths the marketing team went to, just to find the right actor with the same name. And all, just to be able to bring the ‘Mac Book says – get a Surface Laptop‘ punchline to life. 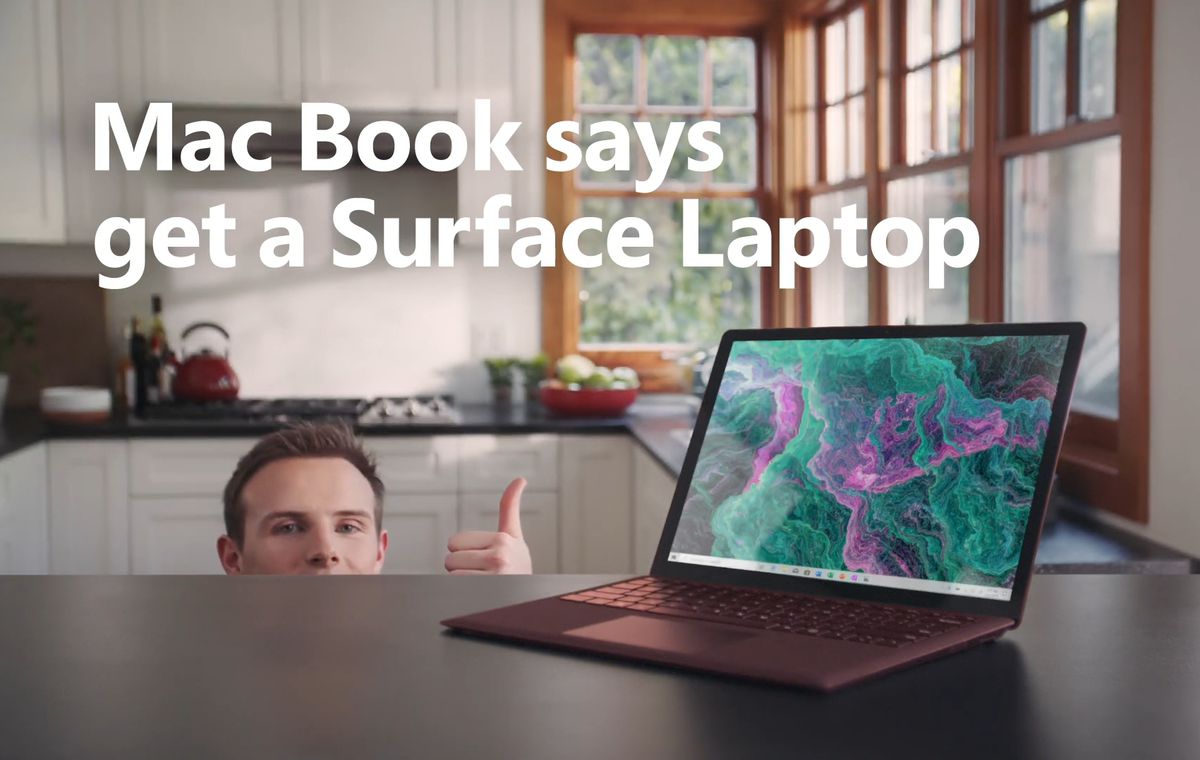 Last year, Microsoft launched a 2018 Surface Go Holiday Ad, which was a musical adaptation of “Grandma Got Run Over by a Reindeer”, which shot at Apple’s efforts to make users think of the iPad as an actual computer:

ATTENTION, PLEASE!
may have the ability to replicate itself, if not completely cleaned. This may require tracking down hundreds of files and settings. You can choose to use Spyhunter Professional Anti-Malware Program to deal with any infection that might be lurking along with !

Please, have in mind that SpyHunter offers a free 15-day Trial version with full functionality. Credit card is required, no charge upfront.